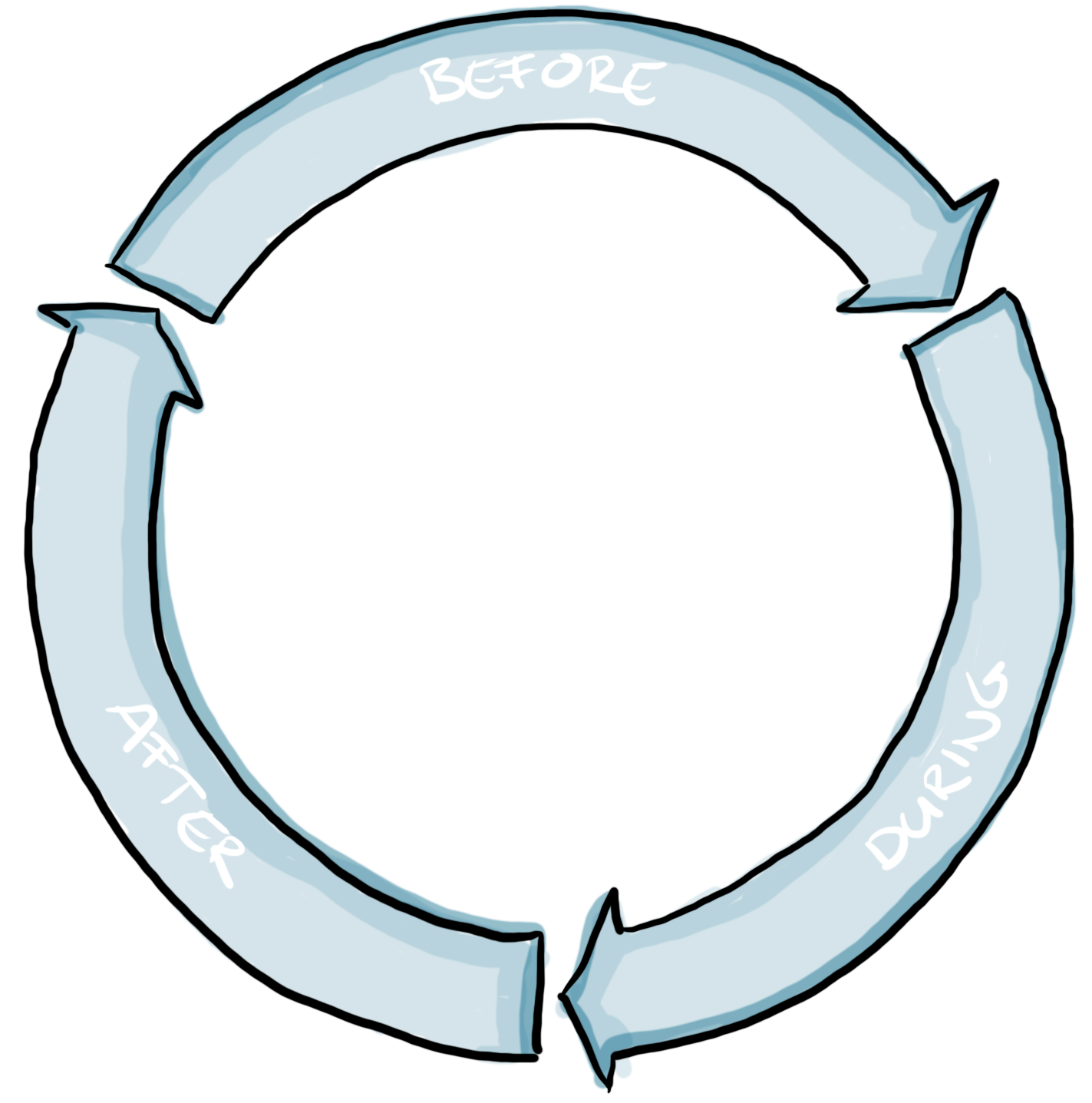 It might just sound to easy or simple to even put this into a model, but fact of the matter is, reflecting on the before, the during and the after of an event or experience is too often overlooked. Each of these moments in time suffers their fair share of attention deprivation. People will turn up ill-prepared for big things in life, the “before”. They will not be fully present with their minds in the “now” (pretty much my whole travel blog is about that), the “during” and people will fail to learn from things that happened, the “after”. Or companies that don’t take care of their known and existing companies, but only focus on acquiring new customers.

As wide-spread as this problem is, it also applies to meetings. And I’m guilty as charged. For example, for most of my career, I have been ignoring the “after” part of the meetings (which sounds way cooler than it really is) – recently I added a post on exactly that, reflecting on meetings. So being concious of these three parts to every event or experience, will help plan accordingly.

Grow your self, Grow your team, Goal setting

Before - during - after elements

Before-during-after obviously follows time and the steps of an event/experience. Usually having such a broad/wide description of the phases is enough to reflect on the different moments, but feel free to make it more detailed/granular.

The 3 Before - during - after elements

The before is usually about preparation and anticipation. How can I prepare myself or others for the event, how can I manage expectations, how can I play with anticipation?

E.g. how can I manage the expectations of people involved? How can I make it interesting enough? How can I downplay expectations to not have people being disappointed?
E.g. what can I do before a meeting to make the meeting better? Or, more granular – what do I need to do in the first part of the meeting, before the true bulk of content to make sure we get most out of the meeting (also, see the meeting canvas)?
E.g. posting on your social channels that you will be speaking at an event before the event.
E.g. planning well so that you are not late for a meeting.

During is mainly about having the presence of mind, about making the most out of the time together (time well spent and time well saved).

E.g. using the first part of the presentation to have people focus on the now, build a common understanding.
E.g. maximizing attendance to your virtual workshop or presentation by broadcasting it widely.
E.g. synchronizing social media posts with what you are talking about on stage.

Reflecting on what happened, making sure you have a good follow-up.

E.g. sending out meeting notes within 24-48 hours.
E.g. thanking everybody that made your event/experience possible.
E.g. sharing your presentation and a recap online.
E.g. taking time to reflect on your meetings.

I send out an irregular newsletter with my favorite excercises, presentations and thoughts. Subscribe to stay posted.

Let me help you

I have 15+ years in changing companies to be less about ads and more about acts. I'd love to hear your story and see how I can help. 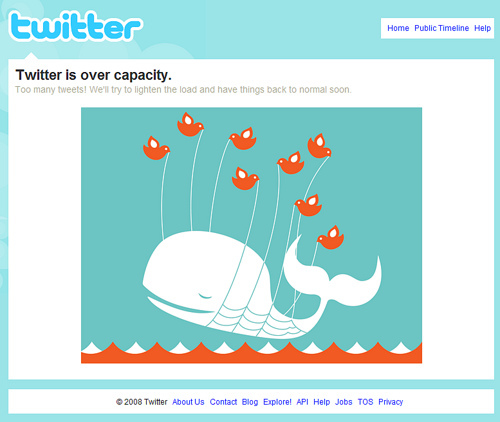 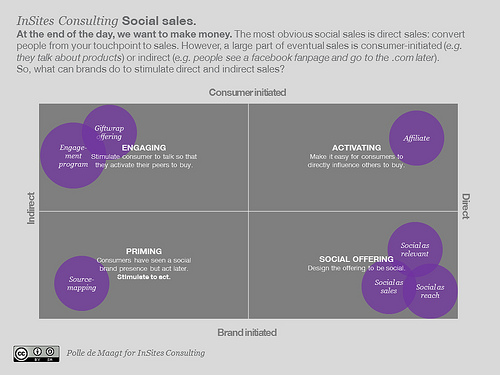 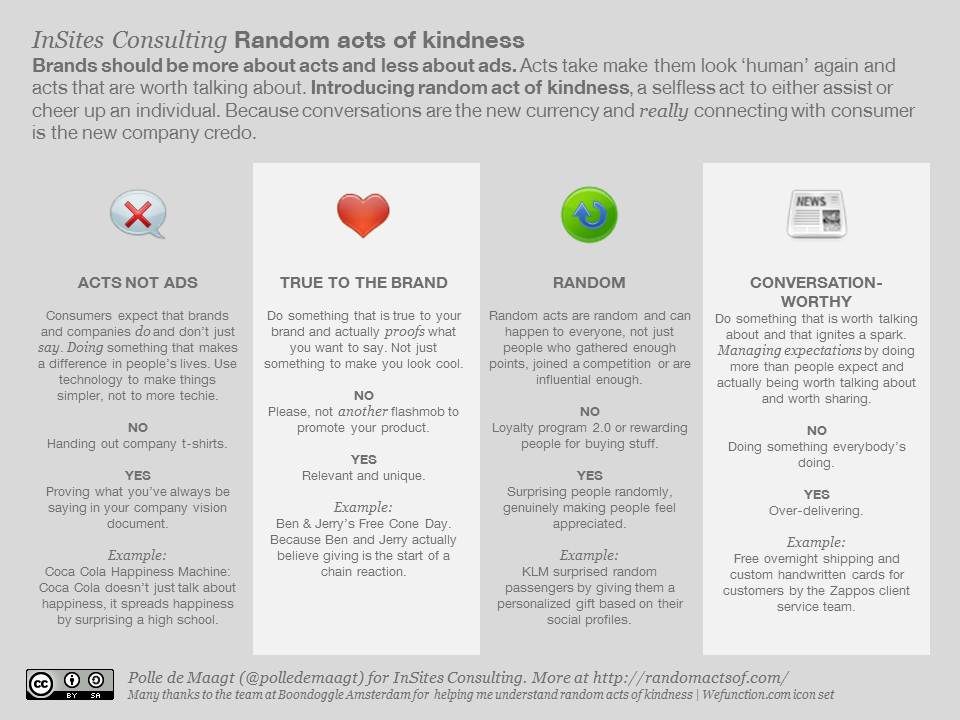