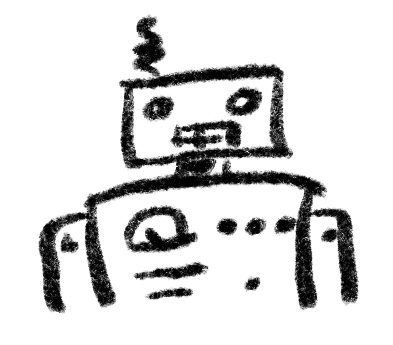 And then there are the others.

I’m not sure when or where it happened, but some while ago somewhere some nasty, evil people must have gotten together and decided that the best way to annoy people would be turning something that is already annoying in itself -an automatic out of office reply- into something that is just sucking the life out of everyone receiving it. From that location, these evil people must have distributed a memo to everyone working in a cubicle to force them to use their standard out-of-office replies to be useless and unimaginitive.

I did not get the memo and refuse to act like I did.

It is a difficult, tough fight. An uphill battle. Many corporates still bombard me with their out of office replies. Some well-willing people are still in denial and follow the internal guidelines.

But, on the bright side, over the years, many have joined my fight. From Qantas and their Travelogue campaign to the amazing Out of office poetry initiative and -more recently- even Ryan Reynolds and his Aviation Gin. But also mere mortals have been defying the pressure of ill intentioned corporates. From Jasper who is inviting people to send him a message to Japie who even turned is out of office into a book review.

It is exemplary for auto replies, an area that has only grown with the rise of chatbots and Artificial Intelligence solutions. Let’s work together to make auto replies better. Because, even if you are a robot, you don’t need to act like one. Let’s turn automatic into automagic.

I collect some of these positive exceptions to the tsunami of dreadful out of office replies on this blog. Find some of the latest examples below, or explore the auto-reply category (or the dedicated out-of-office reply category) to be inspired by even more examples. 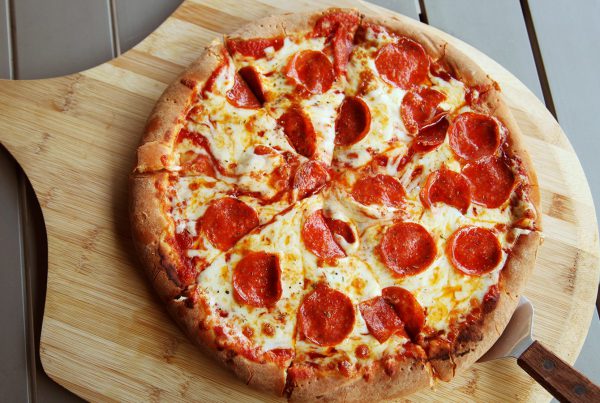 Autoreply: Tanga will bet you a pizza

They're arguably the worst thing that ever happened to mankind - auto replies. Join my…
Polle 0
Love0 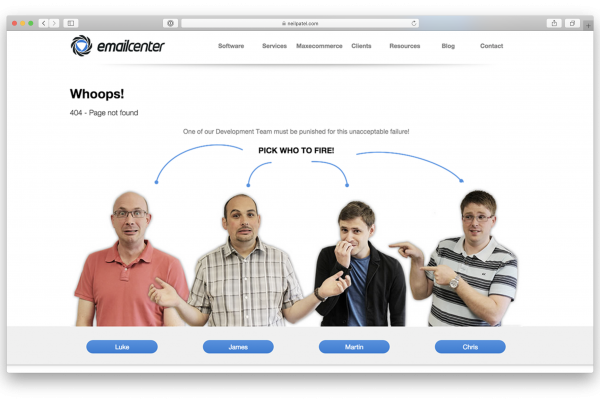 Email Center UK is super smart in adding some personality on its error 404 page.…
Polle 0
Love0 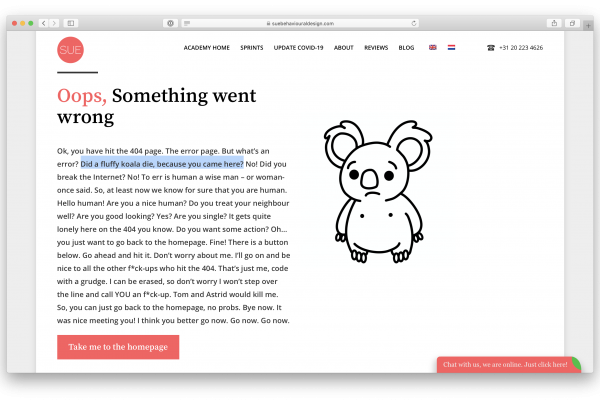 404: SUE asks: did a fluffy koala die, because you came here?

SUE Behavioural Design is a remarkable agency and academy based in Amsterdam. At SUE, they…
Polle 0
Love0
View All Posts