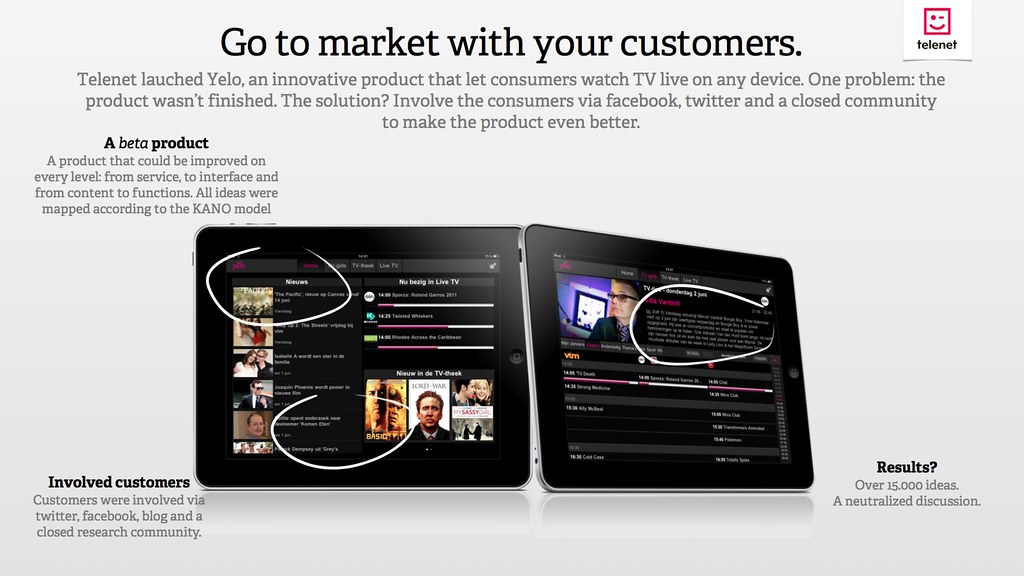 And Telenet made some bold moves to becoming a more and more consumer connected company. One of the first projects was the beta-launch of their Telenet Yelo product and involving consumers in the feedback and co-creation loop. Also, over time, they changed their marketing and communication to be more consumer centric and they started to involve consumer insights and consumers on a more day-to-day basis:

During my time at InSites Consulting, I was involved in several projects for Telenet.

The launch of Telenet Yelo

In the end of 2010, Telenet launched a new service, Telenet Yelo, which enabled their consumers to now watch live television on their laptop, iPad and other devices.

InSites Consulting had a supporting role in helping the Telenet team with consumer insights based on offline and online conversations.

Over several months, we had numerous strategic and tactical sessions to discuss frameworks and models and conversation management strategies. One of the models that emerged was the conversation funnel, a way to measure the level of engagement of consumers.