What my girlfriend taught me about technology 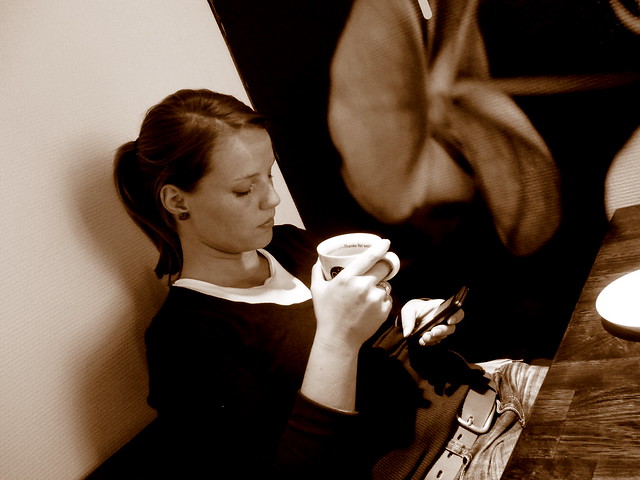 My girlfriend with her old LG-whatever

My girlfriend owns a pretty basic HTC Android phone (the HTC Magic). As stupid as it may seem, it learned me a lot about technology and even more, technology adoption. Here are two recent reflections.

At some point in our relationship, I thought it would be a good idea to surprise her with a HTC Android, to replace her old LG-whatsitsname. As with most of my good ideas, they usually backfire at me.
Because since then, her time spent on her phone must have quadrupled. She tweets, facebooks, checks in at Foursquare venues, sends twitpics and checks her email.

For me, another proof that, no matter how small, devices create small increments of change.

Software updates as a random act of kindness.

Most recent, I re-discovered (read this article by The New York Times) how software updates can be a random act of kindness.
Somewhere last month, my girlfriend had to update her Android phone to OS 2.3. As with most update notifications: the update request kept nagging her until she eventually gave in.

After the update, the complete interface was different. Icons changed, user interface elements changed, some settings were removed or added. After being confused for a day, she loved it and it eventually made her use many more of Android’s features.

Every time you do a software update, it is a chance to commit a little big act, a random act of kindness.

A plea for scripted authenticity and kindness

Thank you? Let’s open a support ticket for that.