Out of Office: Koen and Johan are on a break 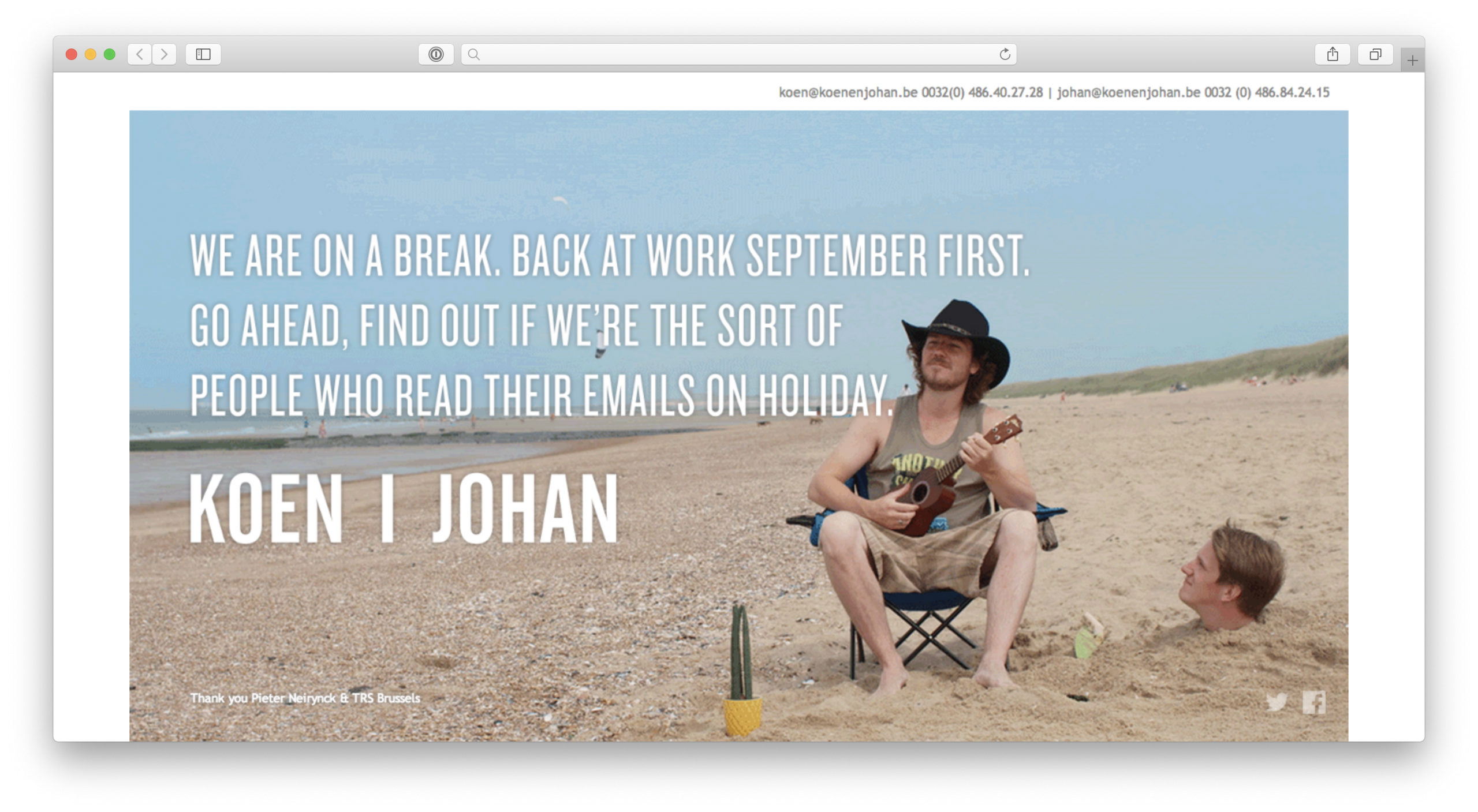 When creative directors Koen van Deun and Johan Roelandt left an advertising agency, they dediced to take a break from the advertising world. To let the world know, they sweet up their own website with an pre-emptive out office reply … well, maybe better, an out of office challenge. Go ahead, find out if they are the sort of people that read their emails on holiday.

After their short hiatus, they started the advertising agency De Vloer, which was acquired later by TBWA.