I’m a huge LEGO fan. As a kid, I played with the bricks and minifigures for hours. Now, 30 years later, LEGO is a daily reminder for me to keep things simple. As a reminder, I have both the patent for the LEGO brick and the LEGO minifigure in my office (see photo below). LEGO does not only provide a daily reminder to keep things simple, the company is also full of stories that can be an inspiration in a multitude of circumstances. In this time of Corona Virus, the story about how the LEGO workshop for wooden toys burned down might be a source of inspiration. This is a story of hard times, setbacks and bringing ideas into practice, revolving around the LEGO System in Play.

The story goes that in 1960, Godtfred Kirk Christiansen, LEGO’s founder had been contemplating a “toy system” for a while. Six years earlier, in 1954, Godtfred Kirk Christiansen had visited a toy exhibition in Britain and had met Troels Petersen, recently appointed purchasing manager for Magasin du Nord’s toy department in Copenhagen. During the exhibition, Troels had mentioned “What an industry this is – no system of any kind whatsoever!”. The words had sent Godtfred Kirk Christiansen’s mind racing. What if … he could indeed build that toy system. Not single toys, but several ‘building blocks’, elements that would work together and would open a new world of opportunities? As a toy manufacturer, he had taken up the challenge: how to bring system to the world of play.

The LEGO System in Play

The six basic principles of the LEGO System of Play:

But as things go, he had postponed truly implementing the system. His young company had been successful, days were busy and there were plenty of other excuses why not to focus on bringing his ideas of the LEGO System in Play into the world.

But then February 1960 happened. On the night between February 4th and 5th 1960, disaster struck in Billund. For the fourth time (talking about persistance) the Kirk Kristiansen family saw a part of their young business go up in flames. Part of the workshop was badly damaged and needed to be rebuilt, but for what purpose? The continuation of wooden toys, or was the space better used to set up a development department to further expand the LEGO System in Play? The fire convinced Godtfred Kirk Christiansen it was time to move on and focus on the LEGO System in Play. Even though not all shared his view, the decision was made and March 1st 1960, a letter was sent to retailers to inform them on the decision: “Dear Retailers, As you will probably have seen or heard in the news reports, we have had a serious fire in our department for wooden toys, and a closer investigation of the incident has shown that the damage is far more extensive than at first assumed (…) This, along with our thoughts about the further development of the LEGO System in Play, has led us to close down our department for wooden toys, which has existed for many years. (…) it has not been an easy decision to make, but we are convinced that it is the right one, as it enables us to concentrate on the unlimited possibilities of the LEGO System in Play. (…)”.

Where Godtfred Kirk Christiansen had his fourth workshop fire, we have our Corona Virus. I do hope that you get some hope, positivity and inspiration from these uplifting stories. Focus, rework these brilliant ideas that have been lingering in your mind. We’ll get there. 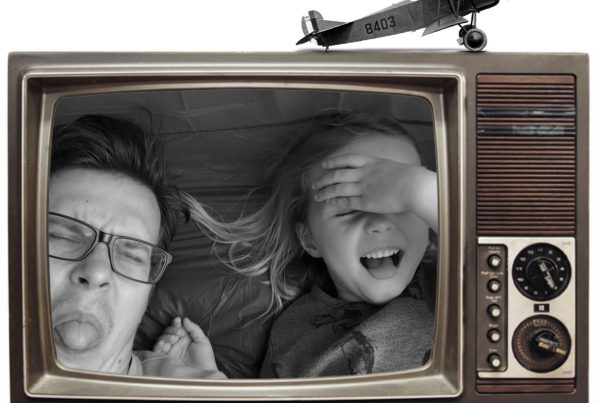 We got rid of our TV