How an opera is designed for conversations 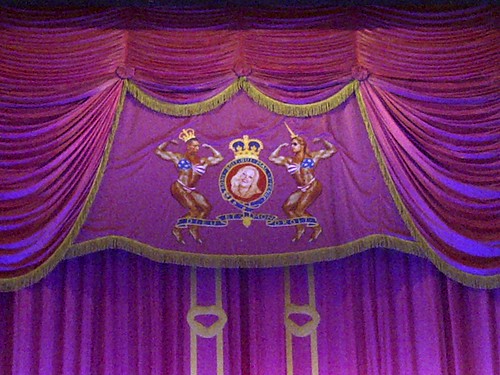 I went to the Royal Opera House saturday night to see Anna Nicole, the opera on the life and death of former playboy model Anna Nicole Smith. The play was actually really nice, the opera house is amazing but I was struck most by the smart ideas that were used to craft Anna Nicole and make it worth talking about.

It currently is the most talked about opera on Facebook and Twitter and the opera dominates the search results in Google when you look for an opera in London.

Of course, Anna Nicole Smith (the brilliant Eva-Maria Westbroek by the way) is a bit controversial, especially for an opera. Critics are really skeptic (or enthusiastic) and that drives conversations.

But it would be to easy to overlook even smarter elements within the performance:

Let’s learn from this. Use an engaging story, identification, accessibility, references and execution to drive conversations. If it works for opera, it most definately will work for your next advertising campaign.

UUncategorized
Almost a year ago, I decided to move to Belgium to live with the love of my life,…
TThoughts
Since last week, my family is the proud owner of an Amazon Echo. And we’re extremely happy with that…
UUncategorized
I’m not planning to pass away anytime soon. Still, I spent some time weekend securing my ‘virtual will’.…
TThoughts
I am not the person that hates TV. Or TV shows. Or thinks that reading is better than…
BBest practices
Last summer, my girlfriend and I went for a short break to Italy. We travelled different cities and…
UUncategorized
It’s interesting to see how marketing campaigns are changing: Marketing is more about acts, not ads. It isn’t…
This website uses cookies to improve your experience. We'll assume you're ok with this, but you can opt-out if you wish. Cookie settings ACCEPT
Privacy & Cookies Policy